Belo Horizonte_MG, BRAZIL, 10th May 2009..The revival of various religious practices is growing around the world. A survey revealed this rebirth is present in Brazil than in most countries. The youngs brazilians are the third largest religion group in the world. Now a days, religious practices are now increasingly in a diverse way. They are contemporary forms of religious practices, practiced by unorthodox groups based on new concepts...The "Cave of Adullam" is an example of one of this contemporary religious "new tribe". Popularly known by the Church of Metal, the evangelical community meets rockers, metalheads and various worshipers of urban tribes. In addition to social work and missions, conducts weekly worship. Some believers of the Cave of Adullam claim they have been expelled from other churches because of the way of dressing. The proposal of the Cave is not to discriminate against others and valuing diversity...In the picture, Rachel prays in her first participation to church...Foto: BRUNO MAGALHAES / NITRO 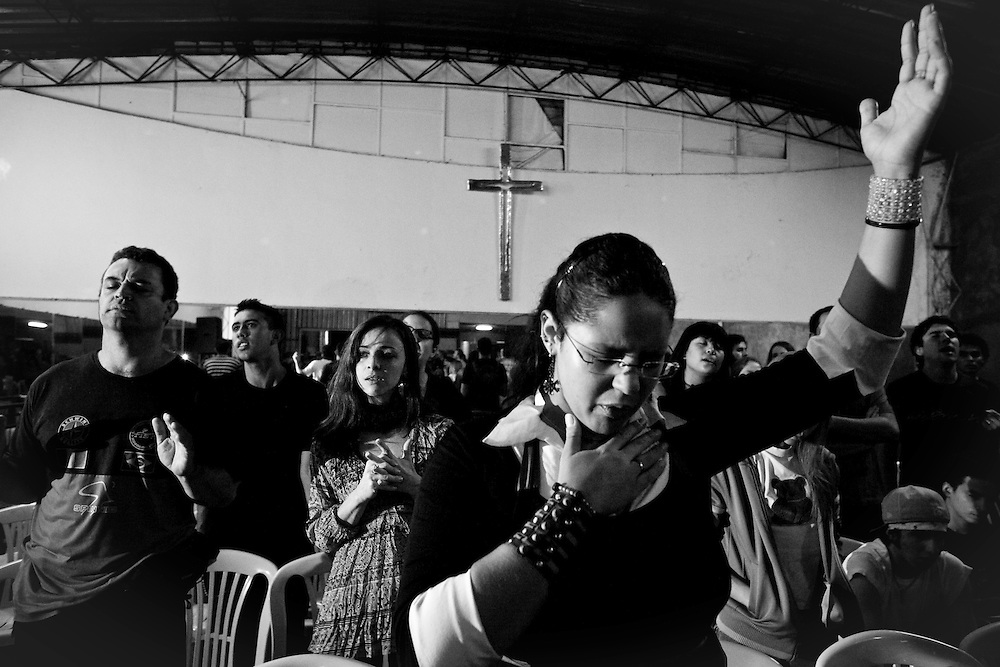